CAN A STORE DECOR BE REGISTERED AS A TRADEMARK?

This issue was undertook by the European Court of Justice in the case C‑421/13 (judgment of 10th July 2014) regarding the design of Apple’s flagship store. The company registered in the United States Patent and Trademark Office a 3D trademark depicting, in the form of a coloured drawing (especially steel grey and light brown), its flagship stores in relation to “retail services regarding computers, software, peripheral devices, portable telephones, consumer electronics and accessories, and connected thereto goods’ displays”. Apple then filed a request to extend the protection area including, e.g. German territory. On 24th January 2013 the German Patent Office rejected the request for granting the protection to this 3D International trademark (IR 1060321) on German territory since the depiction of surfaces intended for sale of enterprise’s goods is nothing more than the depiction of a significant aspect of such an enterprise’s trade activity.  Despite the fact that a consumer may perceive the design of such a surface as an indication of quality and value of goods, he cannot perceive the design as an indication of goods’ origin. Furthermore, according to DPMA the sales space presented in this case does not differentiate sufficiently from stores of other electronic products’ suppliers.

Apple appealed against the above mentioned decision with Bundespatentgericht which resolved to suspend the proceeding and address the Court of Justice since the dispute at issue was related to more basic questions concerning the trademark law.

In conclusion, the Court ruled that if any of the refusal’s grounds mentioned in the Directive 2008/95 does not object, a sign depicting the flagship stores’ design of the goods’ producer can be validly registered not only in relation to given goods but also in relation to services belonging to one of the Nice Classification’s classes if given services do not participate in marketing of said goods. Some of the services consisting of organizing displays of goods in such stores during seminars can themselves constitute chargeable services.

What you can read next 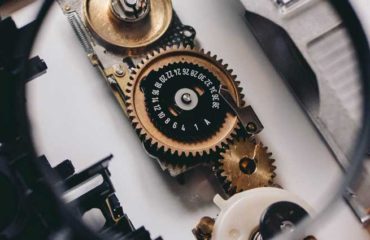 HOW CAN YOU PATENT YOUR PRODUCT OR INVENTION?